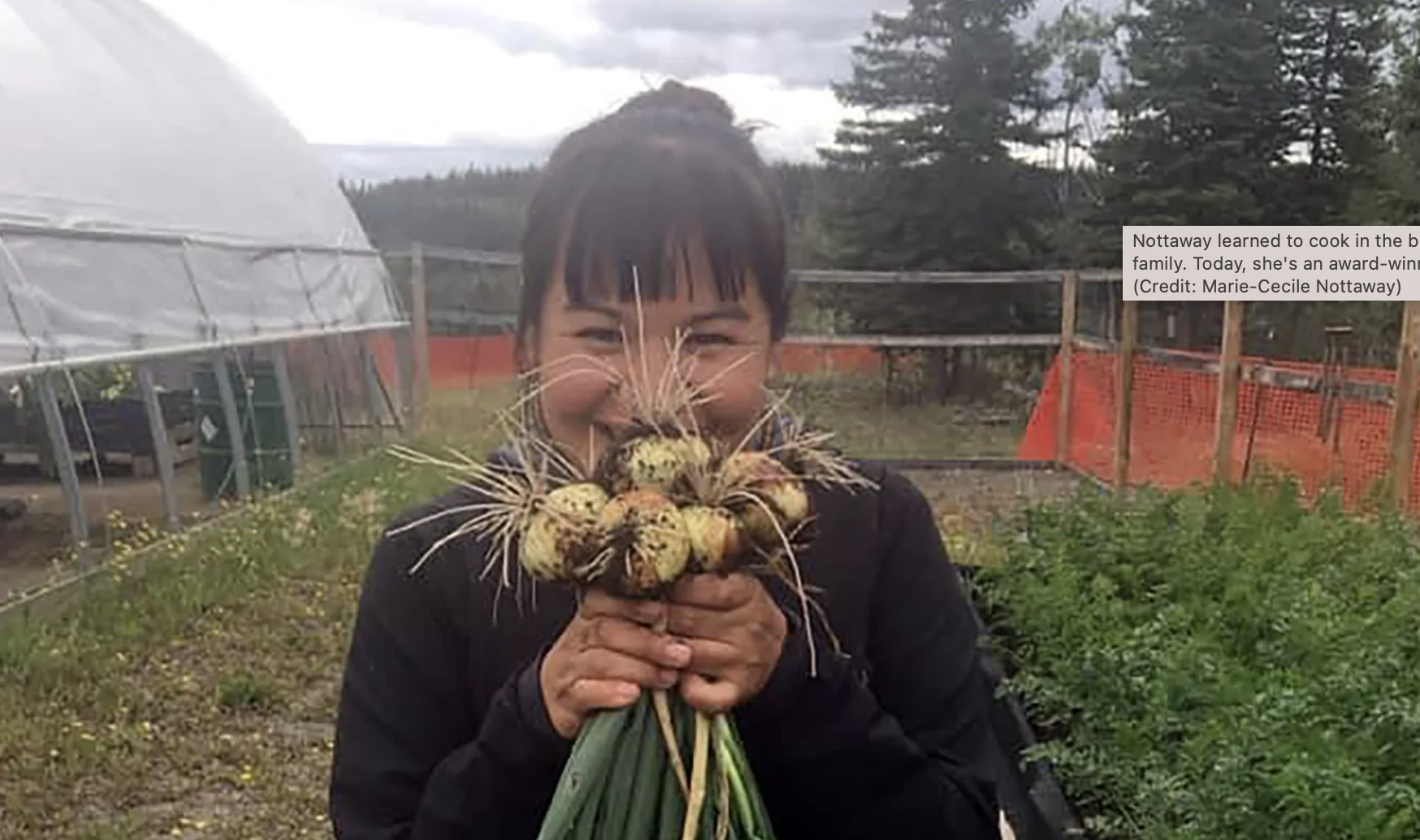 Growing up alongside moose, bear and the more than 4,000 lakes dotting Canada’s Parc de la Vérendrye wildlife reserve in Quebec, Marie-Cecile Nottaway knew that, like other members of the Algonquin First Nation, she had to catch her food before she could cook it.

At eight years old, she was already a proficient hunter who could set rabbit snares by herself. “I’d put my snowshoes on in the morning and do my 2 or 3km trek to set them up,” she said. “Then the next day, I’d go over my tracks again and bring back a couple of rabbits!”

She knew how to clean her catch, too. And as she carved into the animal, she chose to whom in her family she would bequeath the rabbit head, which was considered a delicacy. “I would give it to a relative who was nice to me,” Nottaway said. After she cut up the meat, she would watch her Kokom (grandmother) cook it into a rabbit stew on the open fire behind her shack. “Once it was tender, we’d add potatoes and then mix some batter to make dumplings,” she recalled. The meal had to be big enough to feed her entire family – more than a dozen people. Read Full Story in BBC Travel

← What Visiting Ephesus Reveals About How Ancient Roman Went to the Bathroom
. →