Chilling Milk Directly From the Cow for India’s Dairy Farmers 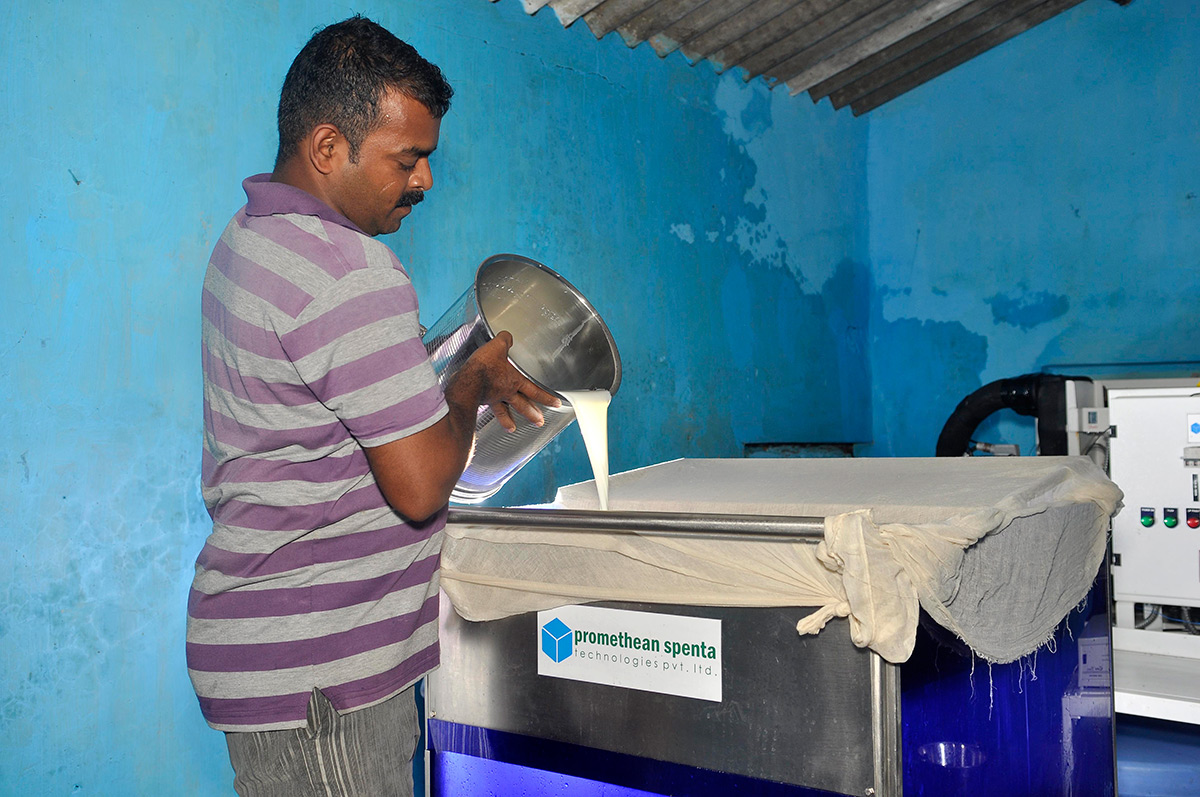 When Sam White and Sorin Grama won second place in the MIT 100K Entrepreneurship Competition in 2007 for a solar power technology they built from car parts, they expected it to help bring electricity to the developing world. They didn’t expect to be tackling the problem of spoiled milk.

India is the world’s largest milk producer — it contributes 16 percent of global production, with the United States coming second and China third. In 2011, world milk production hit 727 million tons, and according to India’s National Dairy development board, the country contributed about 120 million tons to that figure. The Food and Agriculture Organization of the United Nations (FAO) states that about 50 percent of India’s milk is consumed on-farm. But the other half doesn’t necessarily reach the consumer.  Read Full Story