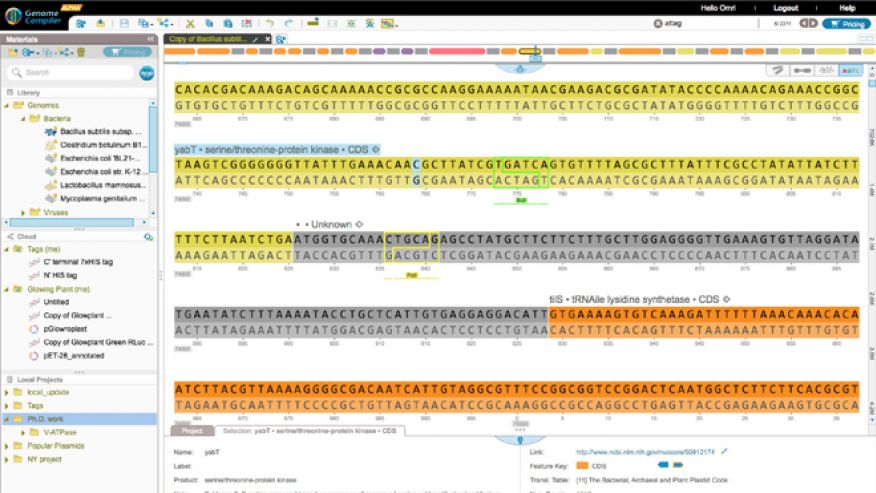 Biochemical engineers can now download a piece of software and, with a few simple clicks, assemble the DNA for new life forms through their laptops.

“With the proper computer tools, biologists can write their own genetic code — and then turn that code into life,” said biochemist Omri Amirav-Drory, who founded Genome Compiler Corp., the company that built the software. He demonstrated for FoxNews.com at a Starbucks early one morning by manipulating a bacteria’s genes on his MacBook.

The left side of the Genome Compiler app lists folders for known viruses, bacteria and other organisms, each storing files of genome sequences, the unique biological stamp encoded in an organism’s DNA. The software offers tools to add extra genes, mutate proteins, or toss in a few amino acids.

If a particular genetic sequence is not in the list, the compiler downloads it from a library at the National Institute of Health. Once satisfied with the results, a scientist can save her invention to a file, click the order button and ship the virtual creature’s specs to a DNA synthesizing lab such as GenScript or GeneArt, which can assemble actual physical DNA based on the specs.