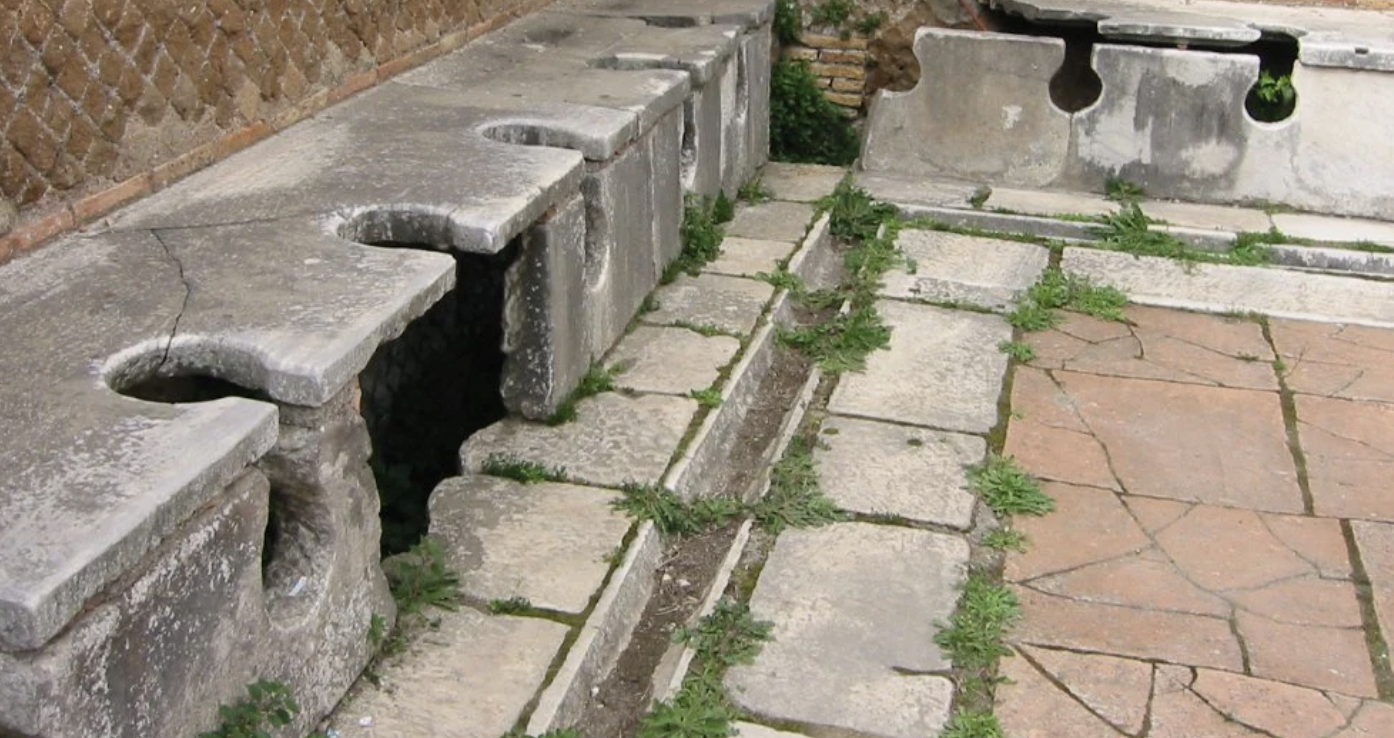 One day, while romping around the ancient city of Ephesus (in what is now Turkey), which grew to prominence around the second century C.E. and housed some 300,000 to 400,000 denizens I ambled into an open space drastically different from anything I’d seen before. In front of me was a long white marble bench with a row of holes shaped just like modern toilet seats: a Roman bathroom.

Turning around, I discovered two more rows of holes, altogether able to accommodate a small party. But the holes were cut so close to one another that I was left wondering how people actually used them. Wouldn’t they put you in the immediate proximity of someone else’s butt? There were no dividers of any kind in between. Talk about not having inhibitions, conducting your private business next to a dozen other folks.

Underneath the seats was a stone-lined gutter that must have carried citizens’ waste out of the city. A second shallower one ran beneath my feet. It, too, was clearly built to carry water—but for what? Other questions brewed. Did the enclosure have a roof, doors and windows? Were the stone seats hot in summer and cold in winter? Did toilet-goers talk to each other? Did they shake hands after wiping? And what did they actually wipe with, given that toilet paper is a fairly recent development? Was this a men’s room or a ladies’ room? Read Full Story in the Smithsonian